Have you heard about debeaking chickens? If you are a chicken raiser and don’t know about chicken debeaking, keep reading below.

Chickens are commonly bred and kept for their eggs and meat. While there are various ways to keep chickens, one common practice is to debeak them.

This article will explore the meaning, purpose of debeaking, the pros and cons of the procedure, and some frequently asked questions about debeaking.

What is Debeaking Chickens?

Debeaking chickens is the process of removing the tip part of a chicken’s beak. While debeaking does not affect the pain receptors in a bird’s beak, it can cause increased sensitivity to pain in the remaining portion of the beak.

The debeaking process is typically carried out with a hot blade. Chickens regrow their beaks at a steady rate, so it’s necessary to re-debeak chickens every few months.

Debeaking is not compulsory for all chickens. This process is only carried out for a few reasons which we have explained below.

What is The Purpose of Debeaking Chickens?

The main purpose of debeaking is to prevent hens from harming other hens and injuring themselves.

If chickens start pecking each other you may see bleeding which causes various infections and cannibalism in chickens.

Few aggressive chicken breeds may also hurt workers while collecting eggs. So trimming their beak tip may help if you have an egg collecting farm.

Chickens may eat each other’s feathers, causing pain and distress. Debeaking can prevent such harm from occurring in a flock.

There are several advantages to debeaking chickens:

There are some potential disadvantages to debeaking hens.

Laws on Debeaking Chickens in The USA and Other Countries

Different countries have different laws governing debeaking. In the United States, debeaking is allowed under the Animal Welfare Act as long as it is done by a trained professional.

The US Department of Agriculture does not regulate debeaking chickens. However, some states have passed laws prohibiting debeaking when it is done solely for cosmetic reasons.

“Measure to prohibit the performance on a chicken of certain surgical procedures solely for cosmetic reasons.”

The purpose of this bill was to prevent people from performing surgery on hens “solely for cosmetic reasons, including but not limited to beak trimming.”

This measure sailed through in California in 2008 and took effect immediately after being signed by Arnold Schwarzenegger.

Chickens are considered livestock in Canada. The Canadian Code of Practice for the Care and Handling of Poultry requires that all medication, including debeaking, should be carried out in a way to minimize pain.

The Australian Code of Practice for the Welfare of Animals – Domestic Poultry requires that all animal husbandry practices be reviewed regularly. This includes any surgical procedures that are carried out, including debeaking.

Australia has also implemented a ban on cosmetic mutilation, which is defined as “surgical procedures carried out solely to modify the appearance of an animal.”

Chickens are considered “sentient animals” under the Animal Welfare Act of 1999. This act requires that all procedures done on chickens, including debeaking, should minimize pain and distress in the chicken.

Also Read:  How Long Can Chickens Go Without Water?

The UK has a ban on cosmetic mutilation; however, there is no specific mention of debeaking in this measure. Therefore, it is up to individual farmers and veterinarians to decide whether or not debeaking is appropriate for their flock.

The Farm Animal Welfare Council Code of Recommendations and Standards recommends that poultry be allowed to play with natural materials such as straw or grass because it stimulates activity and reduces boredom.”

The FAWC also states that “when beak trimming is necessary, the procedure should be carried out by a competent person using appropriate equipment and under appropriate restraint.”

The Farm Animal Welfare Council (FAWC) has also indicated that debeaking and other procedures done solely for cosmetic reasons should not be allowed. The FAWC states:

“Both surgical and nonsurgical techniques can result in severe pain during the postoperative period. Beak-trimming, by either method, will cause severe acute and possibly chronic pain to the bird, which may otherwise last several days or weeks.”

Is chicken debeaking a painful process?

Yes, debeaking can be a painful process for chickens. Chickens that have their beaks trimmed can experience increased sensitivity to pain in the remaining portion of the beak.

That is why you need to use a hot blade, so the chicken doesn’t feel it. You can also use a cold knife, but the chick will feel it for a few minutes.

You can also use an Automatic electric chicken debeaking machine to debeak a chicken. Using this device may provide a good cutting and beak with bleeding. 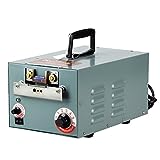 Also Read:  How Long Do Fresh Eggs Last? (in Fridge and Unrefrigerated)

Is debeaking chickens cruelty and against animal welfare?

There is debate over whether debeaking chickens is cruel and against animal welfare. Some people argue that the procedure causes chickens pain and distress.

Others say that it is necessary to prevent hens from harming each other. Therefore, it is up to each individual to decide whether or not they believe debeaking chickens is cruelty and against animal welfare.

Is it safe to debeak chickens at home?

It is not safe to debeak chickens at home. Debeaking should only be carried out by a professional.

Chickens with their beaks trimmed at home may experience pain, and there is a risk of infection. The best thing is to take the chicken to a professional who can debeak them quickly and safely.

Debeaking chickens is the process of removing part or all of a chicken’s beak. The main purpose of debeaking is to prevent hens from harming each other.

Chicken debeaking can also prevent hens from injuring themselves. The law on debeaking chickens varies from country to country.

In the United States, there is no specific law that regulates debeaking, but it is considered an acceptable practice by the USDA.

Some European countries have laws that restrict or prohibit the practice of debeaking. Debeaking chickens can be a painful process for chickens and should only be carried out by a professional.