Do you want to know all about rooster spurs? You may have noticed the long, sharp spurs on their feet.

Rooster spurs are not just for looks: they have an important function in the life of a rooster. Rooster spurs act as protection from predators like hawks, raccoons, and dogs. They also use them in territorial fights.

This article will discuss rooster spurs- what they are when they develop, why they are there, and how to remove them.

You will also get answers to some common questions about rooster spurs, so if you’re curious about these prickly features on your rooster, read on!

What Are Rooster Spurs?

Rooster spurs are the sharp, pointy growths that protrude from the backs of chickens’ legs.

These spurs are part of the leg bone, except that they are covered with keratin, a hard material found in the beaks of chickens and in rhino horns.

The spurs tend to keep growing as the rooster matures, and some even curl and develop a sharp tip. These spurs can be quite dangerous, and roosters with particularly large or sharp spurs should be handled with care.

Roosters use these spurs as weapons to protect their flock from predators or anything that seems threatening. They also use these spurs in fighting over food and territory.

When Do Rooster Spurs Develop?

Spurs develop on all chickens, both hens and roosters. This small bump at the back of the shank stays dominant in hens without growing.

It, however, keeps growing in roosters, especially when the bird reaches sexual maturity, which is usually around six months of age.

The size and sharpness of the spurs can vary greatly from one rooster to another. At times, these spurs grow excessively and become too long to hinder the roosters’ walks. If that happens, they should be trimmed.

Why Do Roosters Have Spurs?

Wondering why roosters have something so sharp on their bodies? There are crucial reasons they exist other than to let you know they’ve got a roo on their heads.

So why exactly do they have these sharp spurs?

The main purpose of a rooster’s spur is to help him defend his flock from impending danger. In the wild, roosters with large and sharp spurs are more likely to survive and pass on their genes than those without.

If a predator like a dog or a cat threatens the flock, the rooster puffs up its feathers, makes many noises, and attacks the predator with its sharp spur. The spur’s hardness, sharpness, and thickness are enough to secure the flock from danger.

If you have several roosters, ensure that they have enough hens. If the hens are few, there certainly will be some bloodshed.

Roosters use these spurs as a weapon to attack other roosters. Based on the pecking order, the roosters can fight each other to death or scare the secondary rooster into being submissive.

Can You Remove Rooster Spurs?

Yes, it is possible to remove a rooster’s spurs. Even though rooster spurs are essential, they might cause some damage to the roosters’ legs if they keep growing.

They tend to curl back on themselves if left untrimmed for long. You can remove them temporarily by clipping, trimming, or permanently through surgery.

Removing the spurs permanently can be a good choice, but its downside is the high costs incurred and risks involved. If you choose to permanently remove them, make sure it is done by a veterinarian.

How to Remove Rooster Spurs?

If you have decided to remove your rooster’s spurs, it is necessary to understand a few things. First, choose a method you want to use and prepare accordingly.

Second, if you go for complex procedures, ensure that you know what you are doing. If not, seek the help of a qualified veterinarian.

Spurs can be removed surgically, filing, clipping, or using oil, pliers, or potatoes.

If you want to permanently remove the spur, then the surgical procedure is the best. Whereas you can do this procedure by yourself, it is not recommended.

This method can cause pain to your rooster and, in some cases, cause permanent damage to the legs. The surgery can also fail in so many ways, so it is advised you seek help from the experts.

Spurs consist of keratin, a component found in human nails. You will clip the spur just like you clip your nails when they grow long.

The only difference here is that you will use a guillotine-style nail clipper instead of a nail cutter. You might also need some powder to stop the bleeding. 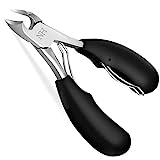 Since spurs have keratin, you can use a metal file to file the spur. This method is safe, but it takes quite some time. 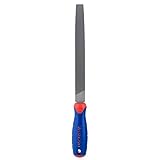 To save time, some people combine filing with clipping. They clip the spur to a part that won’t hurt, then make their way down using a file.

I know this method sounds unusual, but it’s one of the safest and most popular. It is also quite efficient, and just as its name suggests, you will need some potatoes.

So, to remove spurs with the potato method: 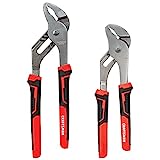 The oil method is similar to the potato method. It has the same steps, only that you will use oil instead of potatoes here.

The other difference in these methods is that there will be no heat involved in the oil method, making it much safer.

This method, however, will take a bit of time compared to the potato method. In the latter, the heat softens the keratinous part of the spur, making it easier to remove.

The pliers’ method is similar to the potato and oil methods, only that you will skip softening the spur. Twist the spur till it pops off the leg.

1. How to treat a rooster spur injury with bleeding?

Injuries will happen at some point. It might be from fighting predators or just something mysterious. If your rooster has an injury on the spur, this is what you need to do

a) Clean your hands

Once you discover the injury, access it to determine the extent of the damage. If it is bleeding, you will need to stop it first with a styptic powder or any blood-stop powder.

Cornstarch or baking flour can be used if you don’t have any other option. Allow the powder to clot and dry up, then clean it.

b) Cleaning the wound

You will need to clean the wound to prevent infection. Some old soap and warm water is a good and gentle method. Ensure you rinse it off with Dawn Dish Soap.

Do not forget to clean the surrounding area of the wound too. Rinse it in a sink without drenching the rooster if you want a larger scrap.

A full bath is unnecessary as it will stress them; just ensure it’s wet enough to eliminate all germs and dirt.

Now it’s time to treat the wound. There are several ways you can achieve that. Some of them include:

Raw honey: Raw honey is known for its excellent antibacterial properties that speed up wound healing. Just spread some on the wound and separate the rooster from the flock.

Applying it to puncture wounds is not recommended. Just take a cotton ball and apply the hydrogen peroxide onto the wound.

Blue Kote: Blue Kote has antiseptic and fungicidal wound healing properties. It is suitable for wounds and abrasions. It has a Gentian Violet antiseptic dye that dyes the injury a dark blue color.

This dye helps cover up the wound and prevent pecking from other birds. Wear gloves to avoid dying your hands blue when spraying the area.

Neosporin: Neosporin is another good choice to treat injuries, as long as it doesn’t have any painkillers. Just apply it to the wound and rub gently. 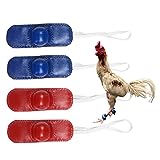 They don’t, but you might want to consider getting chicken gloves if you are handling them often. Their nails are pretty sharp and can injure you when handling them.

3. How to stay safe from a rooster spur attack?

The Rooster spurs’ sharpness might cause some injury. To stay safe from an intended attack, do this:

4. Will roosters’ spurs grow back?

Yes, they will grow back, but not as sharp as before. Spurs will take some time, maybe after maybe six weeks, to grow back, so in the meantime, you can trim them down with nail clippers.

No, they aren’t poisonous. However, if you are handling the roosters often, you might want to consider getting chicken gloves.

That’s all there is to know about rooster spurs. Rooster spurs are essential for the flock as long as they are well maintained.

If roosters suddenly turn aggressive, assess what could be the reason and resolve it by ensuring that they have enough hens, a clean coop, food, water, shelter, and safety.

I hope this guide helped you learn all about rooster spurs and their needs.